Loveland, a growing city in the 60’s, realized that a larger airport was necessary to replace the existing small airport which was located in west Loveland, bordering Benson Lake and in the general area where Kmart is now located. About this time, Hewlett Packard Company had built a manufacturing plant in Loveland, and Eastman Kodak had built a plant in Windsor. Other companies and local pilots also needed an improved airport. Both Hewlett Packard and Eastman Kodak used jet powered company airplanes that required adequate runways and facilities.

The Loveland government sought a new location east of town and had actually purchased a new property in the approximate area where Cloverleaf Dog Track and the outlet mall are located. At this time, the Federal Aviation Administration had instituted a new law and policies whereby the Federal government would contribute 90% of the cost of land acquisition and construction of airport runways, taxiways, paving, lighting, and other necessary facilities, exclusive of buildings and other operating facilities such as fuel dispensing, water, etc.

At this time, Fort Collins was also in dire need of a new airport. The existing Fort Collins airport was Christman Field west of the city which, I believe, was on Colorado State University property. This airport was inadequate and dangerous, being located right up against the foothills where wind conditions could be hazardous. As I am told, Fort Collins officials, upon learning of the proposed new Loveland airport, approached Loveland officials and proposed that a joint airport be considered on a larger property north of the Loveland property. A huge wheat field of 1100 acres was selected. This is the current location of the Fort Collins-Loveland Airport.

The Federal Aviation Administration (FAA) was already engaged in the airport planning by the two cities. The FAA had strict rules and policies as to location of airports approved for Federal aid. They considered such things as future expansion and possible airline operations, etc. Clear and safe approaches were a major consideration. The selected site was the only one in the immediate area which met their requirements. The site for the proposed airport was approved by the FAA for Federal aid.

The two cities agreed that considering city sizes, Loveland would contribute one-third and Fort Collins two-thirds toward the 10% of costs not covered by Federal aid to airports. This financing split would also apply to all other airport operations. I believe that this agreement remains in place today. An application for Federal aid was made and approved, and construction began in 1965.

This is where we came in to the picture. For the past 17 years, my wife and I, under the name of Western Aviation, Inc., had been operating and managing the Sterling, Colorado, airport, which was jointly owned by the city of Sterling and Logan County. Companies or persons who operate airport facilities are known as Fixed Base Operators (FBO). During the 17 years we served as FBO of this airport, we had been instrumental in promoting the improvement of the airport with a Federal Aid to Airports project. During these years, we had been a Cessna aircraft dealer under the distributorship of Clinton Aviation Company in Denver.

I had been aware of the construction of the Fort Collins-Loveland Airport and had been interested to the point of driving over to check it out. I had talked to the then city managers. Being a Colorado native and having grown up in the mountains, the idea of being closer to the mountains fascinated me. At some point, I must have expressed an interest in this new airport to the officials of the Clinton Aviation Company. They urged me to make an application to the two cities to become the Fixed Base Operator and manager of the Fort Collins-Loveland Airport. To engage in this would have required a considerable investment, and we had no access to such funds. Clinton Aviation, however, had strong banking connections in Denver. They encouraged me to make application for financing through a Denver bank for such funds through the Small Business Investment Administration Corporation. After reams and reams of paper work, we were finally approved for the borrowing of $100,000 to finance the fixed base operation at Fort Collins-Loveland Airport, should we be accepted as FBO. In my wildest dreams, I had no thought that anyone would trust me to properly handle that amount of money which, at that time, was a great amount of money.

Armed with this financing package, I approached the two city managers and the combined airport board and made application to become the FBO and manager of the new airport. This application was subsequently approved, and we made preparations to move our family to Loveland to undertake this new venture. We moved at the very end of 1965.

One qualification of the financing was that the current airports of the two cities be closed. This was done. However, the Fort Collins Christman Field was left open to Colorado State University for use of the field for their Atmospheric Sciences aircraft operation.

The airport at this time consisted of the new 6500’ long and 100’ wide paved runway, a paved taxiway, and a paved airplane parking area and ramp for operations. The entire facility was properly marked, lighted and fenced. Fuel storage facilities were built, and fuel dispensing pumps were provided on the ramp for aircraft gasoline and jet fuel. We began operation in January, 1966, using a trailer as a base. We installed a cable tie down system for securing planes on the parking ramp. Flight operations had begun using new Cessna aircraft. An aircraft maintenance facility was started.

We contracted for the building of a 100’ wide by 120’ long hangar and maintenance building with a 50’ by 100’ attached addition for office spaces, reception area and lounge, and an airplane parts room and work area. Water was provided by a large cistern, to be filled by water trucks as needed. Needless to say, water was a precious commodity. The new building was completed in April, 1966. Subsequently, with local bank financing, we contracted for the building of a ten stall T-hangar for aircraft rental space and storage. Meanwhile, we had purchased operating equipment and supplies, including an airplane tug and tow bars for handling large aircraft. We equipped this tug with a 10’ blade for snow removal, to keep the ramp and tie down areas clear of snow. The cities had made no arrangements for snow removal on the runway and taxiways, etc. We were notified that snow removal equipment would be available to the airport once the city streets had been cleared. This was an unacceptable situation for the operation and safety of flight. I can remember having tried to keep the runway operational using our tug, following a couple of spring snows. This, of course, was impossible. The cities finally acquired a huge surplus airport fire truck and had it equipped with a large hydraulically operated snow blade. This vehicle was monstrous and hard to maneuver, but it served snow removal purposes for a time. We had to operate it ourselves.

Most Fort Collins pilots objected to the location of the new airport, as it was about 15 miles from downtown Fort Collins and much closer to Loveland. This situation was understandable. However, the new airport location was the only one which met space standards in the immediate area. With the support of two or three affluent individuals, the Fort Collins pilot group purchased land just east of Fort Collins along Highway 14 and created what is known as the Downtown Airport. This happened about a year after Fort Collins-Loveland opened. There was no backing of this airport by Fort Collins city
government. The opening of this airport siphoned off a large amount of our potential. I fought it as much as I could, but to no avail. I considered the location of Downtown Airport to be potentially hazardous for airplane operations, due to the absence of clear and protected approaches. History has born me out. This airport is currently scheduled to be closed soon.

Nevertheless, we had a successful operation going. We had an FAA approved flight school, and we offered training for private pilot licenses, commercial pilot licenses, flight instructor ratings, and instrument pilot ratings. Toward the end of our seven years of operation, we also offered seaplane ratings, utilizing a leased amphibian plane and using lakes in the Longmont area. At peak operation times, we utilized up to ten Cessnas of various sizes. Our GI flight training program was considerable, and we had the CSU Reserve Officer flight training program. We also contracted to the U.S. Forest Service for fire and insect patrols. We used a twin engine Cessna Skymaster for the insect work. Our aircraft maintenance operation employed up to four aircraft mechanics. Flight operations employed a chief pilot and up to five flight instructors. Support from local pilots was good, and operators of larger aircraft were appreciative of the new facilities. Phillips Petroleum Company was our fuel supplier. I remember the Phillips representative telling me one time that we had a gold mine here. Well, it turned out to be not quite true, as business was overall not good enough to repay the huge loan on time.

Upon the start of operations, it was immediately recognized that a crosswind runway was needed, particularly for light airplanes when wind conditions were more westerly. The airport board and the two cities authorized a graded and graveled runway, extending from the main runway to the eastern boundary of airport land. This would give it a 60 – 240 orientation. The runway was about 3000’ long and 50’ wide. It was ultimately paved. The principal importance of this runway was that it could function as a taxiway for access to the industrial area that was being developed on the property adjacent to the eastern boundary of the airport property.

The Denver bank, realizing we were having a problem repaying the SBIC loan, advertised the operation for sale in such papers as the Wall Street Journal. Hach Chemical Company of Ames, Iowa, was looking for a location for a new factory in this area. They had their own airplane flight operation in Ames to support their huge sales services. Hach picked up on the Wall Street ad and proceeded to purchase our operation and assume the SBIC obligation. They set up their Fort Collins-Loveland operation under the name of Goodrich Aviation. We sold Western Aviation, Inc. after seven years of successful operation.

Subsequent to our selling of the airport operation, I became employed by the Cessna Aircraft Company of Wichita, Kansas, as a technical maintenance representative for the states of Colorado, Wyoming, west Texas, and New Mexico. We continued to reside in Loveland. I covered my territories flying out of Fort Collins-Loveland, utilizing company supplied airplanes.

We remain proud of having been able to provide Fort Collins-Loveland Airport with a continuing and serviceable set of buildings from which to operate an airport and fixed base operation. A succession of operators have used these facilities. The original hangar and offices continue to be the base of operations to this day.

The wisdom of setting up Fort Collins-Loveland Airport on the selected property has been born out. This airport runway is now 8500’ long and can be extended to 10,500’ and still be on the original property. Current planning for future expansion includes widening the runway, lengthening it to 10,500’, and adding a traffic control tower. Even dual main runways are possible.

A Very Special Thanks 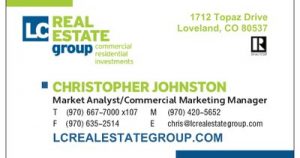 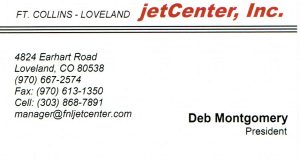 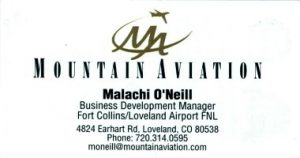 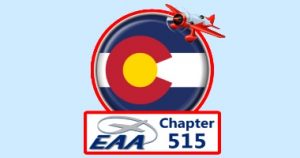 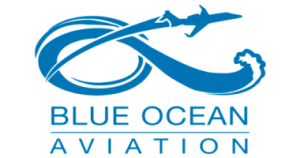 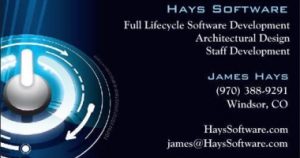